Imagine a special type of drone, not a drone that’s rigged for courier services or adventure photography, but one that’s a vehicle for real-world, in-person exploration. One made to fit, well, you.

Thanks to the minds at Jetson Aerospace, such a drone is real. According to its founders, the Jetson ONE is designed to make flight accessible to everyone. And the production of the single-passenger drone begins in 2022.

“This will simply be the first aircraft that you can buy and fly without a pilot license — the first introduction to flight,” said Jetson co-founder Peter Ternström.

The Jetson ONE passenger drone

The Jetson One resembles a miniature quadcopter or a flying dune buggy and falls under the personal eVOTL (electric vertical take-off and landing) aircraft classification — industry-speak for what equates to a giant, human-carrying drone.

While it’s too early to tell just how great the drone’s potential for human-driven discoveries will be, we do know a bit about its parts and potential.

The ONE is ultralight — 86kg fully assembled — and its aluminum spaceframe resembles and protects its pilot much like an adventure vehicle’s roll-cage. Additional safety features, including a redundant propulsion system, zero-input auto-hovering, and parachute, come standard with each craft. 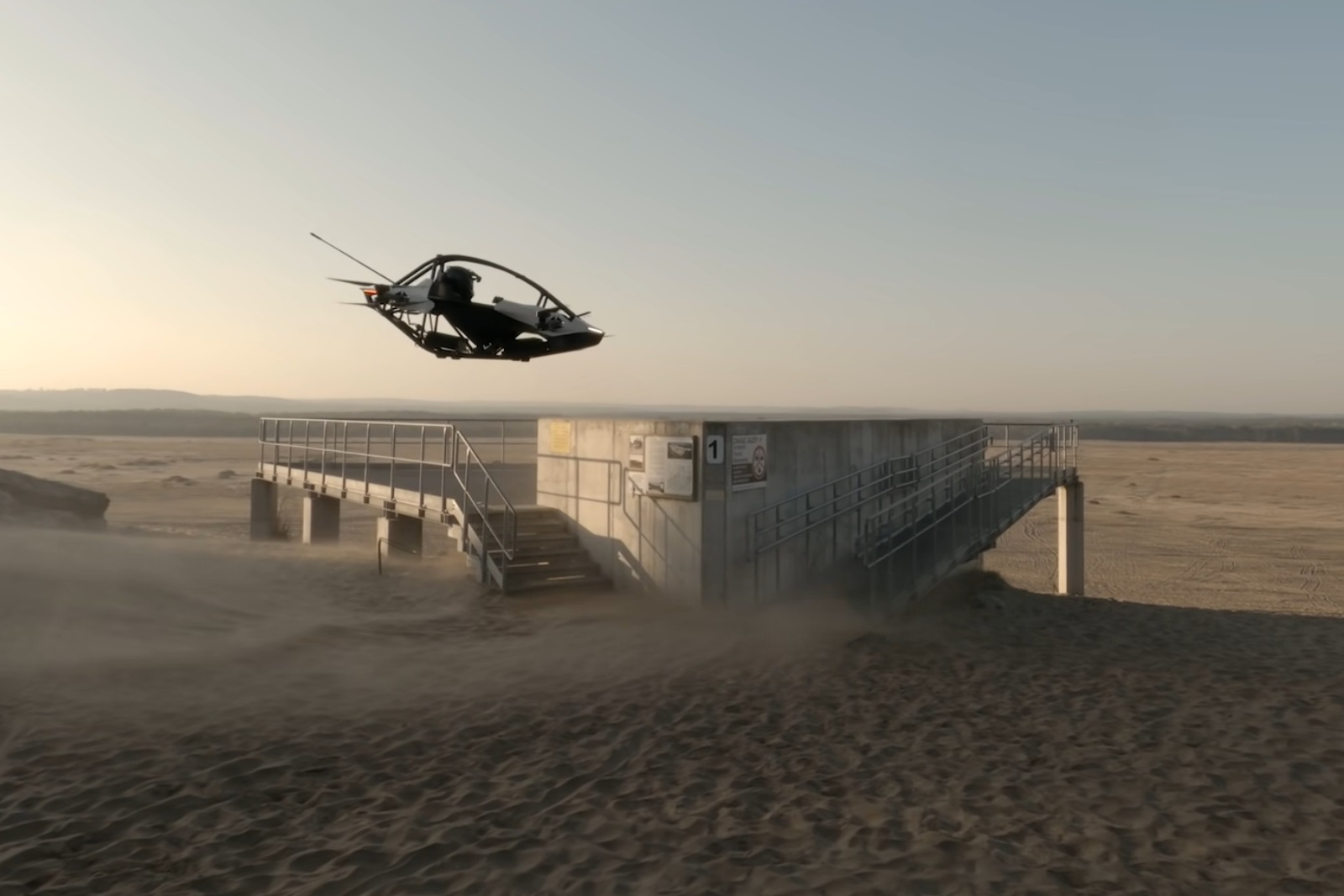 During flight, the giant drone can reach heights up to five metres or hover as low as two vertical metres. Integrated software offers a “virtual cushion for landing” which slows the craft down on descents to mitigate hard touchdowns.

The drone’s major limiter, for now, seems to be its short, 20-minute-per-charge battery life. But, Ternström points out, “We are not trying to solve the big problems in the world [related to] urban air mobility or air taxis. The only thing we’re focusing on is showing people how profoundly fun and exciting it is to fly.”

The company states that the flying experience is completely vibration-free. The propulsion system reportedly produces a soft buzz, which Ternström likens to something from Star Wars.

Another blip on the drone’s performance radar relates to flight regulations and zoning restrictions. Due to its classification, the ONE will not be permitted in populated areas or controlled airspace. Jetson Aerospace will likely need to negotiate certification standards with aviation authorities on a country-by-country basis.

Is a giant drone for you?

Jetson Aerospace unveiled the personal eVOTL aircraft in late October 2021. The company’s 2022 production run sold out in a matter of days, but it is actively accepting orders for units due in 2023. You may not need a pilot’s license or any prior experience to land a giant drone of your own, but you will need to fork over $100,000.

The company just began an extensive, six-month weather testing program which will end in April 2022, just ahead of its first small-scale production run, slated for late 2022 completion. Its first large-scale production begins in 2023.

Jilli grew up in the rural southern Colorado mountains, later moving to Texas for college.
After seven years in corporate consulting, she was introduced to sport climbing. In 2020, Jilli left her corporate position to pursue an outdoor-oriented life.
She now works as a contributor, an editor, and a gear tester for ExplorersWeb and various other outlets within the AllGear network.
She is based out of Austin, Texas where she takes up residence with her climbing gear and one-eared blue heeler, George Michael.