One of the most exciting, and possible lucrative, aspect of commercial distribution by drones or unmanned aerial vehicles (UAVs) is food delivery. A few months ago we covered in this column a partnership in Brazil to increase the efficiency of an existing food distribution company using UAVs in predetermined routes.

As in the case with Brazil, in India, an established food distribution company teamed up with an established unmanned vehicle corporation; in this case with ANRA Technologies, one of the biggest players in the UAV/UAM industry.

The announcement on June 23rd mentioned an impressive list of stakeholders, including the India Ministry of Defense (MoD), the Directorate General of Aviation (DGCA), and the Ministry of Civil Aviation (MOCA). The most significant aspect of the announcement is that the ANRA Technologies led consortia has received final clearances to initiate trials for Beyond Visual Line of Sight (BVLOS) operations in India.

We had the opportunity to connect with Amit Ganjoo, founder and CEO of ANRA Technologies, for an exclusive interview about the specifics of the deal and the future of drone delivery in general.

“This is a pilot program which will collect data and metrics that will help define the regulatory framework for BVLOS. This is the beginning of regular food and medical distribution in the largest democracy in the world,” Amit said with enthusiasm. “Since June 16th, we have performed over 20 hours of actual BVLOS delivery operations in India.”

These BVLOS delivery operations are facilitated through ANRA’s exclusive technologies SmartSkies CTR and SmartSkies DELIVERY platforms. This is a coordinated, scalable, and highly adaptable family of software services. Specifically, SmartSkies provides execution and management of UAV operations in controlled and uncontrolled airspace, guaranteeing the safety of the Indian National Airspace and making sure there is a seamless integration into the country’s legacy Air Traffic Control systems (ATC).

“We incorporate international standards in our micro-services architecture that allow our low altitude airspace management platform for drones to easily scale and adapt to any region in the world,” Amit said. “This includes mission planning, strategic deconfliction, tracking and monitoring, constraints management, authorization, and registration. Smartskies CTR allows competent authorities to access data while ensuring privacy and data protection of the participants.”

When we talked about the resistance or reticence from the regulators to authorize these kinds of flights, Amit was ready to respond.

“We went through a rigorous and extensive process that proved to the DGCA that our technology supported BVLOS operations that complied with their safety standards,” said Amit. “And even though these initial flights are performed with ground observers and extra precautions, the technology is there for a full autonomous deployment. But of course, it’s better to have a crawl-walk-run approach when it comes to innovation in any aspect of aviation.” 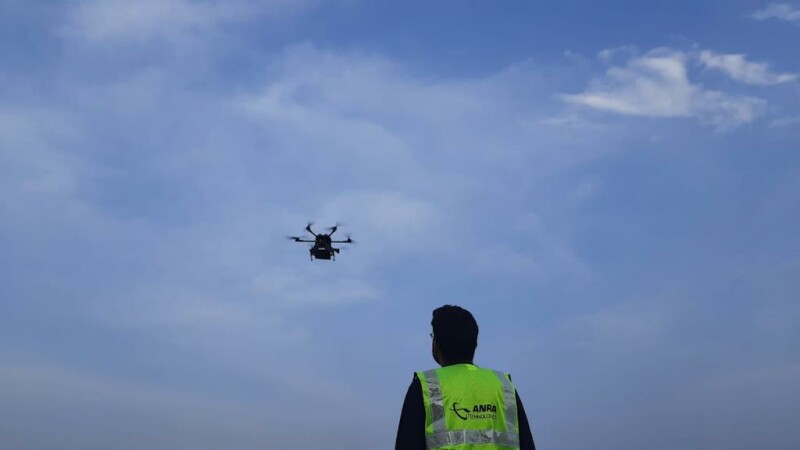 Then the conversation turned to the issue of the differences between implementing this kind of service in the USA and India. During this point in the conversation, Amit made a particularly striking point.

“In India there’s the issue of an immediate and close-by foreign threat, which in the USA is not necessarily a factor,” he explained. “Therefore, we need to address the issue of remote ID and provide the service with extra layers of security that would assure accurate identification of aerial vehicles in order to prevent illegal trespassing over Indian airspace.”

One of the key aspects of any integration of manned and unmanned aircraft in controlled airspace is the tight coordination with existing ATC services, without necessarily adding workload to human air traffic controllers. We encouraged Amit to explain how they managed to guarantee this integration in the case of India.

“Using our field proven technology SmartSkies, we created an environment of tight cooperation between UTM and ATC without requesting live human intervention in the management of low-altitude small UAVs,” Amit explained. “This will allow Swiggy and any other distribution service to, eventually, deliver packages BVLOS at a fraction of the cost and faster than any other method.” 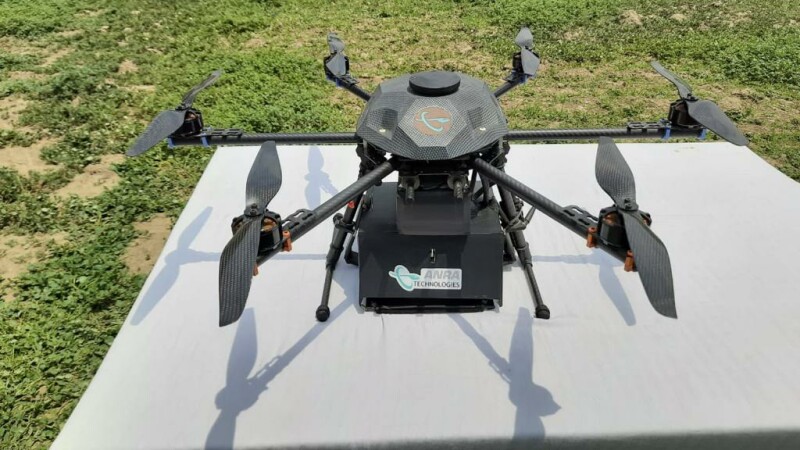 For the past few years, we have been hearing about tests and more tests. With this announcement by ANRA and Swiggy, finally we can see the industry inching toward real deliveries in real time in an effort to become a mainstream service.