That authorization was won in April 2019 by the Air Force Research Laboratory, headquartered at Wright-Patterson Air Force Base. The Ohio Unmanned Aircraft Systems Center in Springfield and AFRL started testing the technology at the Springfield-Beckley Municipal Airport.

Loren Thompson, a nationally consulted defense industry analyst and chief operating officer of the Arlington, Virginia-based Lexington Institute, said at the time that the Dayton-Springfield region might be the only locale in the nation with FAA authorization for BVLOS research.

“This is the latest step in Dayton’s continued emergence as an aerospace innovation center,” Thompson said in 2019. “Unmanned aircraft are the wave of the future in aerospace, and now the Dayton area will have a major flight testing facility.”

The door was opened.

Through that door stepped an engineer named Beth Flippo.

Flippo, principal engineer and chief technology officer for TELEGRID Technologies Inc., said her company was drawn to the Dayton area for two reasons.

And second, the area already was practicing the kind of drone flight her company needed to work with Kroger — BVLOS flight.

“After several visits, we realized that aviation is just in the blood of the people in Dayton,” Flippo said. “And even though Kroger was in Cincinnati, we knew this was really where all flights were happening, all the newest aircraft are being built at Wright-Patt.”

TELEGRID will hire 50 to 100 people at its Monroe manufacturing center to build drones for Kroger and other customers.

The move was a risky one. Flippo moved from New Jersey even before her company had cemented its relationship with Kroger, said Micah Newburg, the Dayton Development Coalition’s manager for business development in aerospace and defense.

“She knew that she wanted to tackle the 800-pound gorilla and grocery chain Kroger,” Newburg recounted. “She moved here without any real connections to Kroger.”

FAA officials, with whom Flippo had long been working, in turn told her that if she was going to Ohio, “You need to meet with the National UAS (unmanned aerial systems) Center (the UAS Center in Springfield) and also look at flying BVLOS in Springfield,” Newburg said. 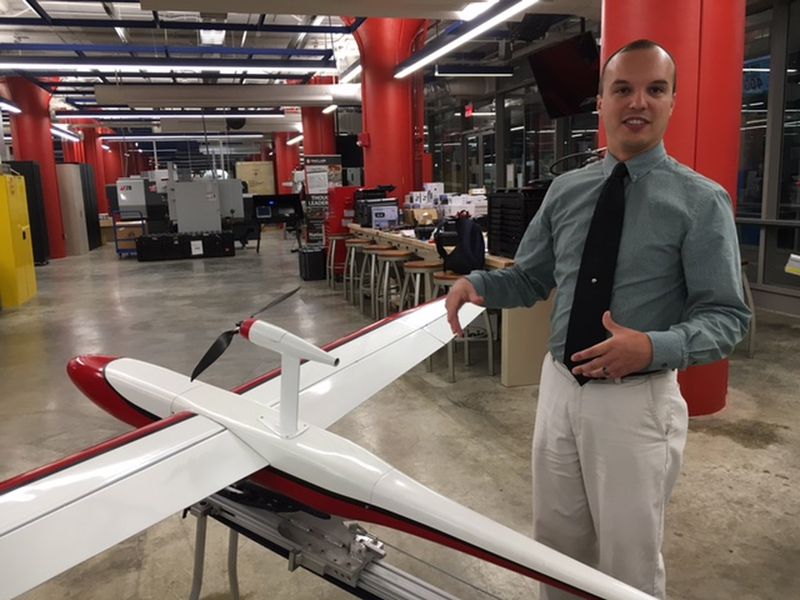 From those introductions and meetings came contacts with Kroger, Newburg said. The rest is history.

“Six months later she (Flippo) is on a contract with Kroger to do flights outside of Centerville’s store,” he said.

‘This is a fantastic step forward’

The approval of BVLOS flight in Springfield was itself years in the making, starting from the early days of the unmanned aircraft industry, coalition advocates said.

Retired Air Force Col. Joe Zeis helped start the work while he worked with the coalition. Today, he advises Ohio Gov. Mike DeWine on the state’s defense and aerospace strategy.

“It is really the embodiment of that BVLOS technology that we as a region and state have pursued over the long term,” Zeis said in a statement last week, celebrating Kroger’s achievement.

“To be commercially viable, a UAV really needs to operate safely and effectively beyond the line of sight of the original departure location. I think this is a fantastic step forward, and to see an Ohio company lead the way forward is extraordinary,” Zeis added.

Hoagland joined the coalition in 2011, as drone technology was fast becoming a top priority. The FAA issued a solicitation seeking six UAS test sites across the nation. At the time, Zeis was leading the effort to have Dayton-Springfield named one of those test sites. 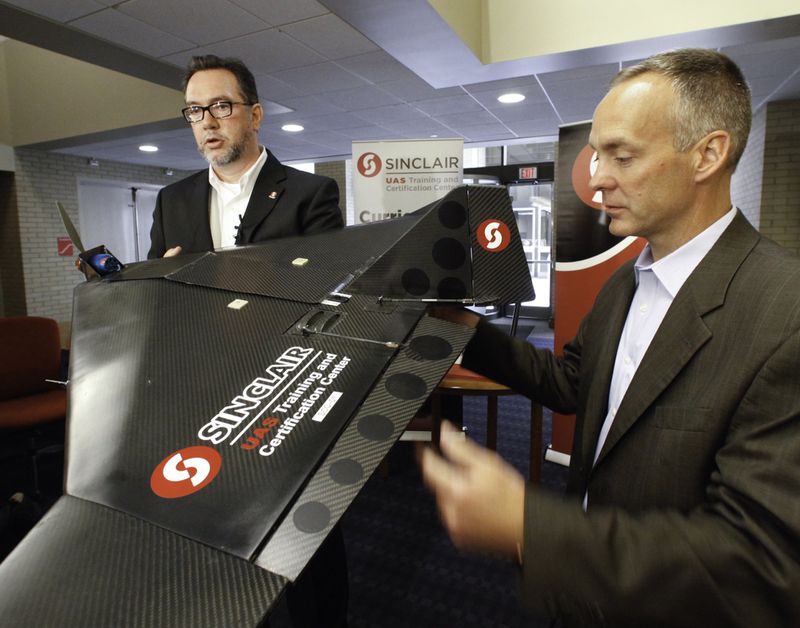 The region did not win that effort. But neither did it give up, Hoagland said. The next step became BVLOS authorization, opening new vistas in drone control.

“We had a vision,” Hoagland said. “We had a plan, and we put that plan in execution. … Thank goodness we did it.”

Coalition and Air Force leaders understood that beyond visual line of sight flight could create new commercial and research opportunities. Achieve that, and companies would flock to the region, they believed.

“We want them to come here to test and stay here to build,” said Shannon Joyce Neal, a coalition spokeswoman quoting her colleague Elaine Bryant, the coalition’s executive vice president for aerospace and defense.

Though the pioneers in that field range across the country, Springfield is again exerting a magnetic pull. The Air Force development effort, dubbed “Agility Prime,” is overseen at AFRL at Wright-Patterson, and in December, the Air Force broke ground for an “advanced urban air mobility technology simulator” and charging station at Springfield-Beckley Municipal Airport. 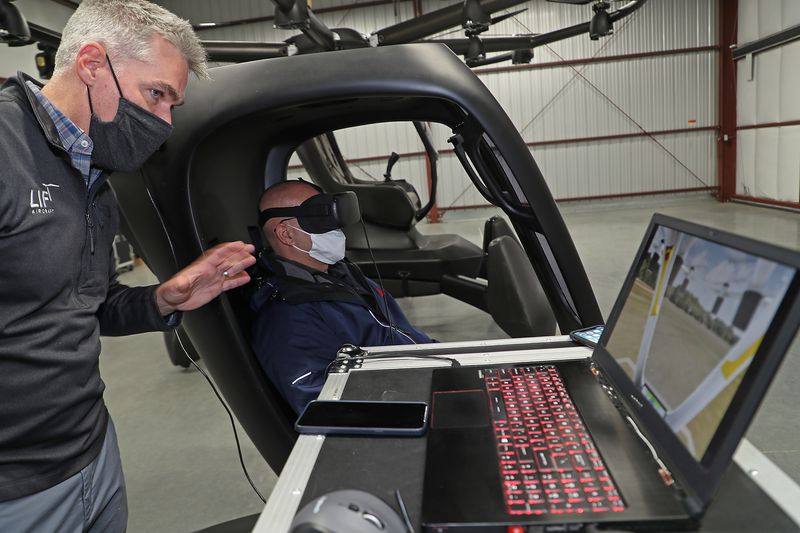 Matthew Chasen, CEO of LIFT Aircraft, instructs a member of the media on how to fly a simulator for LIFT Aircraft’s electric vertical takeoff and landing (eVTOL) vehicle at Springfield-Beckley Municipal Airport Friday. The “flying car” is the first to arrive in Ohio, and is supported by a recent $226,000 grant from JobsOhio’s Ohio Site Inventory Program in infrastructure investments at Springfield-Beckley Municipal Airport. BILL LACKEY/STAFF

Development in flying cars is moving “five times faster” then advancements in drones, Hoagland said. “You can’t slow it down. It’s just happening.”

“We’re hosting companies who want to be Springfield on a monthly basis,” Newburg said.