International logistics provider DHL Express has signed a memorandum of understanding with Pen Aviation, provider of unmanned automated solutions towards commercialising the deliveries of time-critical goods with unmanned aerial vehicles (UAVs), in partnership with Raya Airways as the appointed cargo drone operator.

This memorandum of understanding is for the sealing of a strategic partnership for the proof of commercialisation (POC) of the aerial delivery method, which will undertake first- to last-mile port logistics missions to be jointly carried out by the three parties.

Cargo drones will be the next generation in logistics, and this POC comes after the recent 12th Malaysia Plan (12MP) announcement in which the government of Malaysia highlighted the importance of seamless connectivity and reliability in transport and logistics, said MD of DHL Express Malaysia Julian Neo.

“The use of drone technology will enable us to reach rural communities especially in East Malaysia, where critical items such as vaccines, medicines and medical devices are needed,” Neo said. 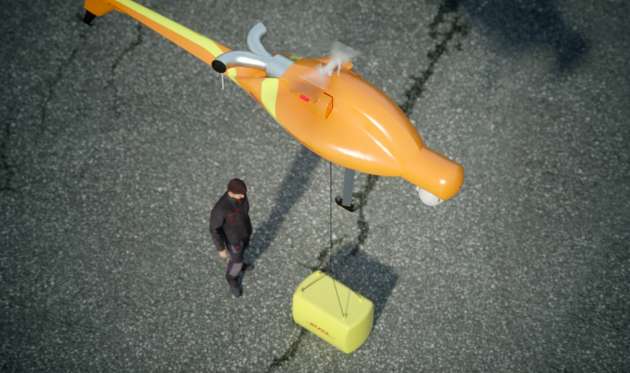 The deployment of drones aims to overcome three key challenges, says DHL. The first is cost, as it would be expensive to transport of small amounts of supplies or batches of cargo on to a cargo vessel along its voyage. The second is speed; drones will be able to help ease congestion at ports if and when smaller, more critical supplies can be flown out to anchorage, or conversely to send supplies to the vessel.

Third is safety and security. The consequences of serious maritime incidents that lead to loss of life, environmental pollution and cargo loss directly affects society and the economy, said DHL, and therefore the autonomous nature of solutions such as UAV-based logistics will aid in the health and safety aspect, and is available 24 hours a day, seven days a week, it said.

To that end, the first phase of the collaboration will see DHL enlist the Pen Aviation PEN 55V medium-sized cargo drone for the picking up and dropping off of packages weighing up to 12 kg, between the cargo ship’s deck and the port, in both directions. This can be done both in daytime and at night.

Proof of commercialisation will take place by the end of this year in order to demonstrate the commercial viability of this venture, Neo said. 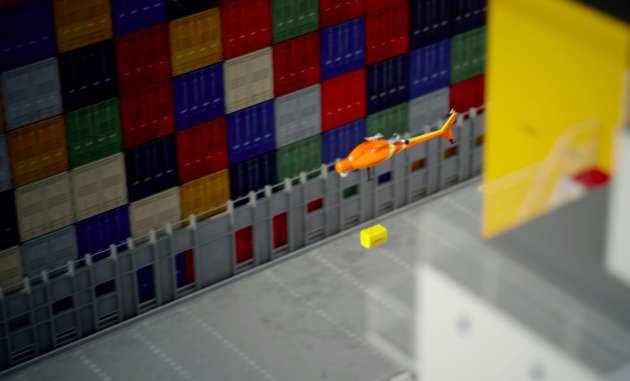 In terms of realising drone operations, there will first be a three-month period where the POC will be conducted; this will start with a certification exercise with the Civil Aviation Authority of Malaysia (CAAM), which will be followed by progressive deployment from shore to ship.

This will begin some time in November or December, and will be carried out over a period of two to three months, said Pen Aviation managing director and founder Jean-Bernard Boura. Overall, the initiative will be carried out in compliance with Civil Aviation Directive CAD 6011, a CAAM regulation that allows the development of unmanned aircraft technologies, DHL and Pen Aviation said in a joint statement. 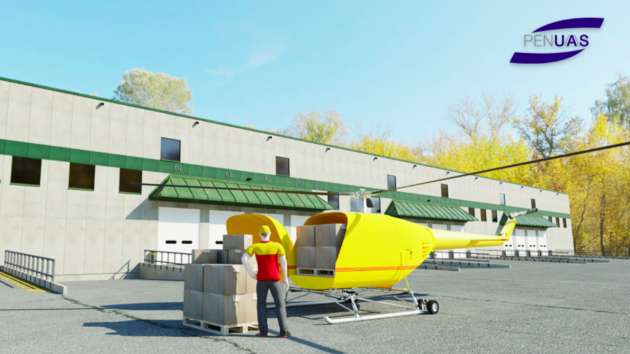 Power for the PEN 55V is a 10 kW turbine that runs on Jet A1, TS-1, T2 or RT fuels, and this aircraft requires three times less energy to fly compared to battery-powered UAVs, said DHL, and this does not cause any pollution challenges related to battery manufacturing, charging and recycling, it said.