Drone jobs are in high demand.

Big companies, such as Amazon and Facebook, are looking for pilots who fly drones and engineers with experience in building the unmanned aircraft. And they are willing to pay top dollar for the right stuff.

Federal regulations currently prohibit the use of drones for commercial purposes. But all that will change soon, with the Federal Aviation Administration expected to soften rules next year to allow certain light-weight drones to make commercial flights up to 400 feet.

As many as 100,000 new jobs will be created in the first 10 years after unmanned aircraft are cleared for takeoff in U.S. airspace, according to a 2013 report from the Association for Unmanned Vehicle Systems International.

Large employers are already paying up for drone pilots — about $50 an hour, or over $100,000 a year — according to Al Palmer, director of the center for Unmanned Aircraft Systems at the University of North Dakota.

The university is gearing up to meet the hot demand and Palmer expects the drone industry to grow exponentially as companies discover new uses for drones.

And the tech companies are excited at the prospect.

Facebook is bulking up its drone team. Amazon has said it wants to use drones to deliver small packages over short distances. And Google acquired Titan Aerospace, which makes high-altitude, solar-powered drones. 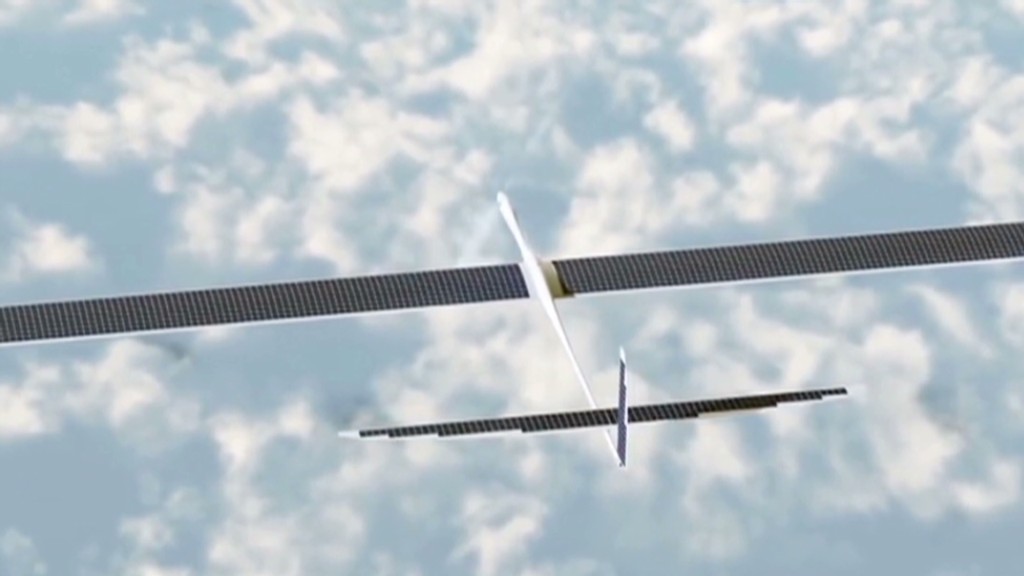 At the University of North Dakota, most of the first 61 drone pilots who graduated have gone to work at major drone manufactures, such as Northrup Grumman (NOC), Lockheed Martin (LMT), General Atomics and Boeing (BA).

Palmer expects drones to be used in agriculture, public safety, oil and gas exploration, and even in the film industry, among others.

Related: Facebook is kicking its drone business into high gear

University donors are getting excited too. The University of North Dakota, which started its bachelor’s degree course in unmanned aircraft systems in 2008, recently received a $25 million endowment (it’s largest ever) to build a new drone research and training facility.