Elroy Air, a San Francisco startup developing delivery drones for large commercial payloads, today announced a milestone toward its goal of commercializing its aircraft by 2021. The company says that in partnership with the Naval Postgraduate School on August 14, it completed a test of an over 1,250-pound prototype drone — the Chaparral — it claims will carry more than 250 pounds of cargo at 100 miles per hour over a 300-mile range.

Much like the company’s full-scale Aluminum Falcon prototype, the Chaparral is equipped with a bevy of sensors, including lidar, cameras, and radar, along with an onboard computer running air-traffic management software. It sports a hybrid gas-electric powertrain that Elroy claims emits fewer pollutants than conventional engines and which doesn’t rely on any sort of battery-charge infrastructure, plus propellers and wings that carry it in flight.

“Today is an important step toward the future of logistics,” said CEO and cofounder David Merrill. “Since the earliest days of powered flight people have wanted to use the skies for convenient, rapid cargo transport to anywhere. The airport-dependence of traditional manned air cargo options shows that we still have a long way to go. Autonomous [vertical takeoff and landing] cargo systems will make the dream of ultra-responsive logistics possible, because they decouple air cargo from airports.”

The Chaparral can carry between 200 and 500 pounds of cargo — a lot of weight for aircraft with a 300-mile range. Fortunately, humans aren’t tasked with the heavy lifting. Elroy’s self-guided cargo-handling machine spots a ground navigation system that can load and unload packages all by itself, thanks to aerodynamic modular cargo pods that automatically lower to the ground and release post-landing.

It’s worth pointing out that Elroy’s drones haven’t fulfilled any deliveries just yet. During the aforementioned test, the prototype, which was remotely controlled by a test pilot, reached a maximum height of ten feet and hovered for just 64 seconds before descending and landing. But former Airwave product manager and Elroy vice president of engineering Clint Cope asserts that it lays the groundwork for more sophisticated flights in the near future.

“Developing a robust … system at this scale of payload is a challenging feat that requires the right team and resources,” explained Cope. “The set of flight-critical systems that all have to be working perfectly together for robust, repeatable performance is non-trivial … [and this flight] validates what our team can do.”

Elroy was cofounded almost three years ago by Cope and Merrill, and it operated largely under the radar before emerging from stealth with a prototype drone that could carry hundreds of pounds of cargo over hundreds of miles. In February 2019, it announced that it had raised $9.2 million in seed funding, preceding the launch of pilot programs with a small number of shippers in select locations in 2020. By the tail end of that timeframe, Elroy says, it expects to achieve “24/7” delivery capabilities. 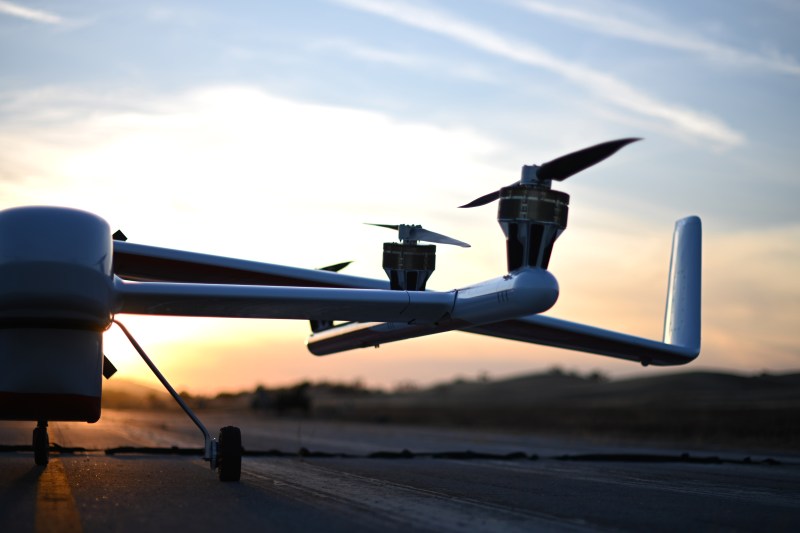 Elroy envisions its drones someday delivering not only goods to customers in remote places and traffic-choked urban centers, but care packages and medical supplies to victims of natural and manmade disasters. To this end, Elroy says that unnamed humanitarian aid organizations have expressed interest in its vehicles for food, supplement, water, and medical supply delivery.

Regulatory hurdles stand in the way. In order to comply with the U.S. Federal Aviation Administration’s (FAA) Rule 107, which prohibits the use of commercial drones within 500 feet of “non-participating” people and structures, most delivery drones in the U.S. have to remain within line of sight and fly routes without people below.

Indirect Elroy rivals such as UPS’ newly formed Flight Forward subsidiary and Alphabet X lab graduate Wing work around the strictures by securing Part 135 approval, which permits them to conduct FAA-certified flight operations beyond line of sight, at night, and without limit to the number of drones or operators in command. It confers a small-sized air carrier designation, affording more leeway in fleet management and paving the way for service in towns like Blacksburg, Virginia. 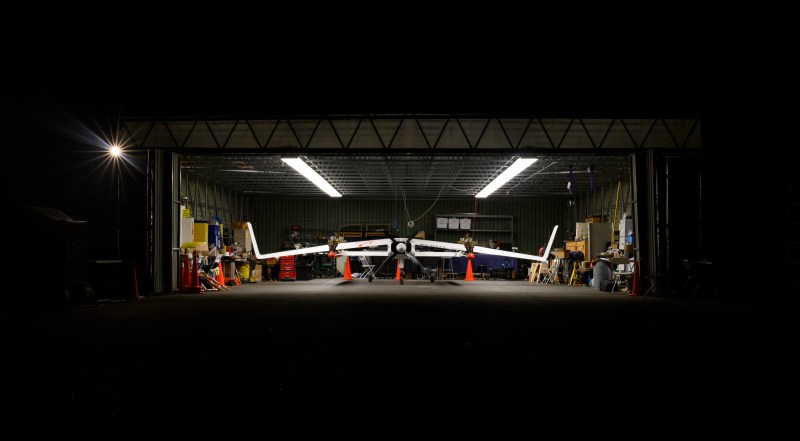 “These large cargo systems are about to become mainstream, and the Elroy Air team is leading the industry with our development of the Chaparral aerial cargo system,” said Merrill.

VentureBeat’s mission is to be a digital town square for technical decision-makers to gain knowledge about transformative technology and transact.

Our site delivers essential information on data technologies and strategies to guide you as you lead your organizations. We invite you to become a member of our community, to access: