As per the government release, Karnataka will use drone-based aerial surveys for creating urban property ownership records in Bengaluru. Mumbai’s National Health Mission will conduct experimental BVLOS (Beyond Visual Line of sight) drone flights to deliver essential healthcare items in tribal areas of Jawhar in Palghar district of Maharashtra. 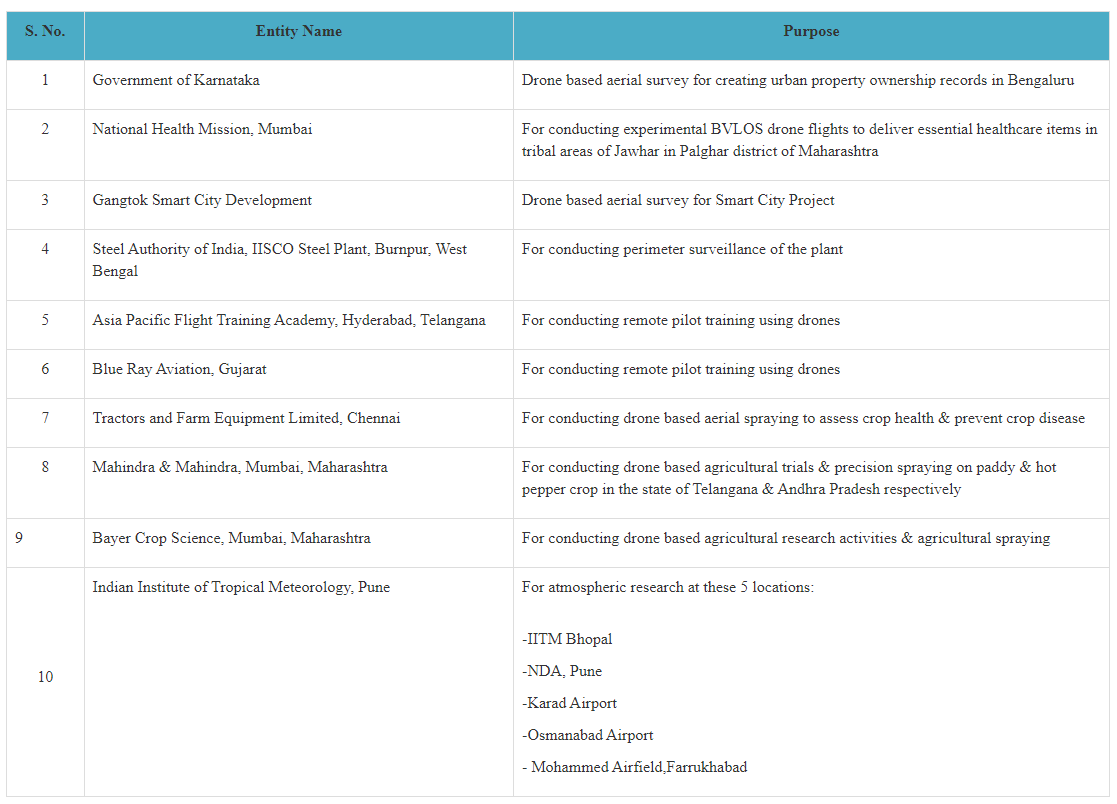 “These exemptions are valid for a period of one year from the date of approval or until further orders, whichever is earlier and shall be subject to the terms and conditions of the SOP issued by DGCA,” the Ministry said.

The permissions to these 10 organisations and companies come a month after the MoCA released the updated draft Drone Rules 2021, for public consultation, which will soon replace the UAS (unmanned aircraft system) Rules 2021, released on 12 March 2021, and make it easier for companies and state governments to seek permissions to operate drones.

previous
From satellites to drones, tests continue on ways to spread broadband
next
The Future of Work: Days that drone on? Not for these UAV pilots - TODAYonline