A Navy Blue Water UAS takes off during a demonstration in Maryland on Oct. 27. (Source US Navy)

Tests of the Tactical Resupply UAS, also called TRV-150, and the Blue Water logistics UAS, occurred Oct. 27 in St. Inigoes, Md. The former is under development by the UK-based Malloy Aeronautics and a Maryland-based firm called SURVICE Engineering Company. The latter is made by PteroDynamics, a California-based developer and manufacturer focused on vertical-take-off-and-landing aircraft.

From the Navy’s perspective, TRUAS is viewed as a likely candidate for missions ashore with the Marine Corps, given its shorter range but heavier 150-pound lift. Blue Water, as the name implies, could be used for resupply at sea where its small footprint makes it suitable to be stored onboard ships, according to a service statement.

The service’s Small Tactical Unmanned Aircraft Systems program office and Air Test and Evaluation Squadron (UX-24) performed multiple resupply missions with both drones, the statement continued. The missions were straightforward, with each drone being tasked to fly autonomously from one point to another, and in some cases wait for a sailor or Marine to give it further commands.

“The demonstration highlighted the basic capability of the systems to operate autonomously, to have mission plans uploaded and to execute the flights with little to no input while they were in the air,” said Cmdr. Seth Ervin, the test squadron’s chief pilot. 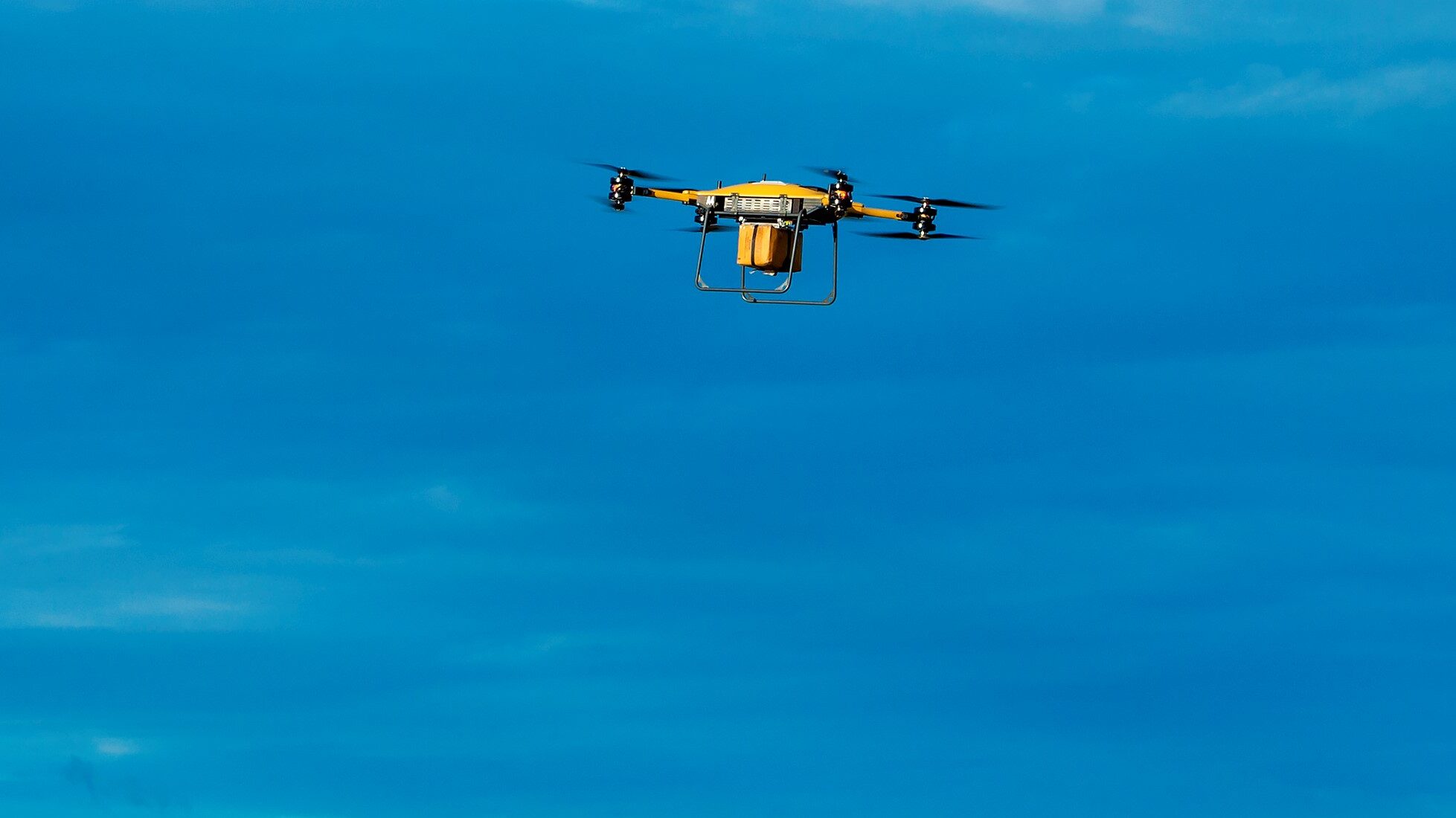 A TRV-150 Tactical Resupply UAS flies over a Maryland-based Navy installation during a demonstration on Oct. 27. (Source US Navy)

“These systems have to be transportable, so they have to come in cases and they have to be expeditionary,” Ervin continued. “And that was really the focus of today, to walk through, in a fairly quick fashion, and show how easy it is for a basically trained Marine or sailor to get the system out of a box, to get it set up, to get it uploaded, and hit go.”

The Marines plan to continue testing TRV-150 next summer, while the Navy is using Other Transaction Authorities to prototype BWUAS “and demonstrate feasibility of autonomous tactical resupply at sea,” the statement said.

The Navy and Marine Corps have publicly toyed with the concept of unmanned aerial resupply in recent years, hosting a variety of demonstrations and exercises to test out how large a payload could be lifted and what role autonomous technologies could play in reducing danger to individual personnel. For example, the Marine Corps in 2019 issued a special challenge to industry to identify worthwhile drones capable of transporting 60 pounds of cargo.

While there’s no shortage of commercial drones on the market, the Navy’s search for acceptable technologies is challenged by specific requirements that commercial UAS manufacturers don’t necessarily consider, such as space restraints onboard a warship or the need to operate in severe weather conditions.

Another limiting factor is the Pentagon’s often bemoaned acquisition system, which the Navy’s statement calls out when referencing its use of OTAs.

The service’s acquisition entities in conjunction with industry partners “used Other Transaction Authorities (OTAs) to quickly execute TRUAS. OTAs give the program the ability to make ongoing changes to the prototype based on the users’ input significantly reducing development time compared to a traditional acquisition program.”

The need for these technologies to be brought to the wider fleet may be increased in the upcoming years as the service prepares for a fight in the pacific where resupply by drone may be one of very few options available to forces on the ground.