In June 2021, Russian IT company ‘Radar MMS’ unveiled a number of their latest technologies, including a cargo drone that’s capable of even secretly carrying hundreds of kilos of cash (yes, you heard it right) and a UAV that can save drowning people after a ship accident or a helicopter crash on water.

Both of these machines are capable of working in temperatures ranging from +45°C (+113°F) to -70°C (-94°F). Now they are being actively used and tested in the commercial sector of business transportation in the Arctic region of Russia.

Cargo drone for the Arctic

Drones are actively developing in Russia and around the world. They are used in logistics, cartography and to search minerals among other industrial uses. At the same time, they can be used to deliver money, mail, parcels and other goods.

Specialists at ‘Radar MMS’ are working in this direction.

“We use our unmanned aerial vehicles, our equipment-magnetometers and optoelectronic systems in the interests of various customers. So, with Gazprom, we have worked out a number of cases to deliver industrial goods, as well as the exploration of oil and gas fields,” says Ivan Antsev, Candidate of Technical Sciences and Executive Director of Radar MMS.

Currently, the cargo delivery market in the hard-to-reach regions is actively developing. There are places where road transport takes four or five hours. At the same time, it can be covered by a drone in just 10-15 minutes.

According to Antsev, the helicopter-drone max flight duration is somewhere around 3.5-4 hours at a speed of 120 km/h. These machines have synthetic vision – they independently read the landscape of the territory over which they fly and can avoid obstacles.

“Together with Sberbank, we have completed a pilot project for the delivery of documents and money in the Samara and Chelyabinsk regions. The collectors installed special sealed containers with valuable cargo on our drone, we placed it on the aircraft and sent it to the specified point. There, he was met by another collector, took the container and then the drone returned,” he says.

At the same time, the drone is well protected. Its route may differ each time and the altitude of the flight is almost inaccessible to intruders. For example, if it flies at an altitude of 500 meters (1,640 ft), then you are unlikely to see or hear it. Worth mentioning helicopter-type aircraft that can climb up to 4 thousand meters (13,123 ft).

Today, manned helicopters are used for operational logistics in hard-to-reach regions. For comparison, the cost of one flight hour for the most common Mi-8 helicopter in the region starts from 100 thousand rubles (approx. $1,385). This includes maintenance, pilot’s salary and fuel, regardless of the aircraft’s payload.

The drone of the company ‘Radar MMS’ is a direct analogue of UAVs used by Amazon, DHL and Google, which are actively developing the logistics direction with the help of aircraft drones.

“We are catching up with the Americans and the Chinese in this direction. This sector is now more developed than ours, because the goods are delivered regularly by helicopter-besplilotnikov and over long distances. For example, China already uses unmanned cargo delivery over long distances: both for 1 thousand and 2 thousand km,” says Dmitry Safonov, a former military analyst at the Izvestia newspaper.

According to him, domestic drones are not inferior to foreign counterparts. “We are in the role of catching up. The Americans and the Chinese have already flown thousands of such drones. We are still only getting such machines. That’s the whole difference,” the expert adds.

Rescue drone for the Arctic 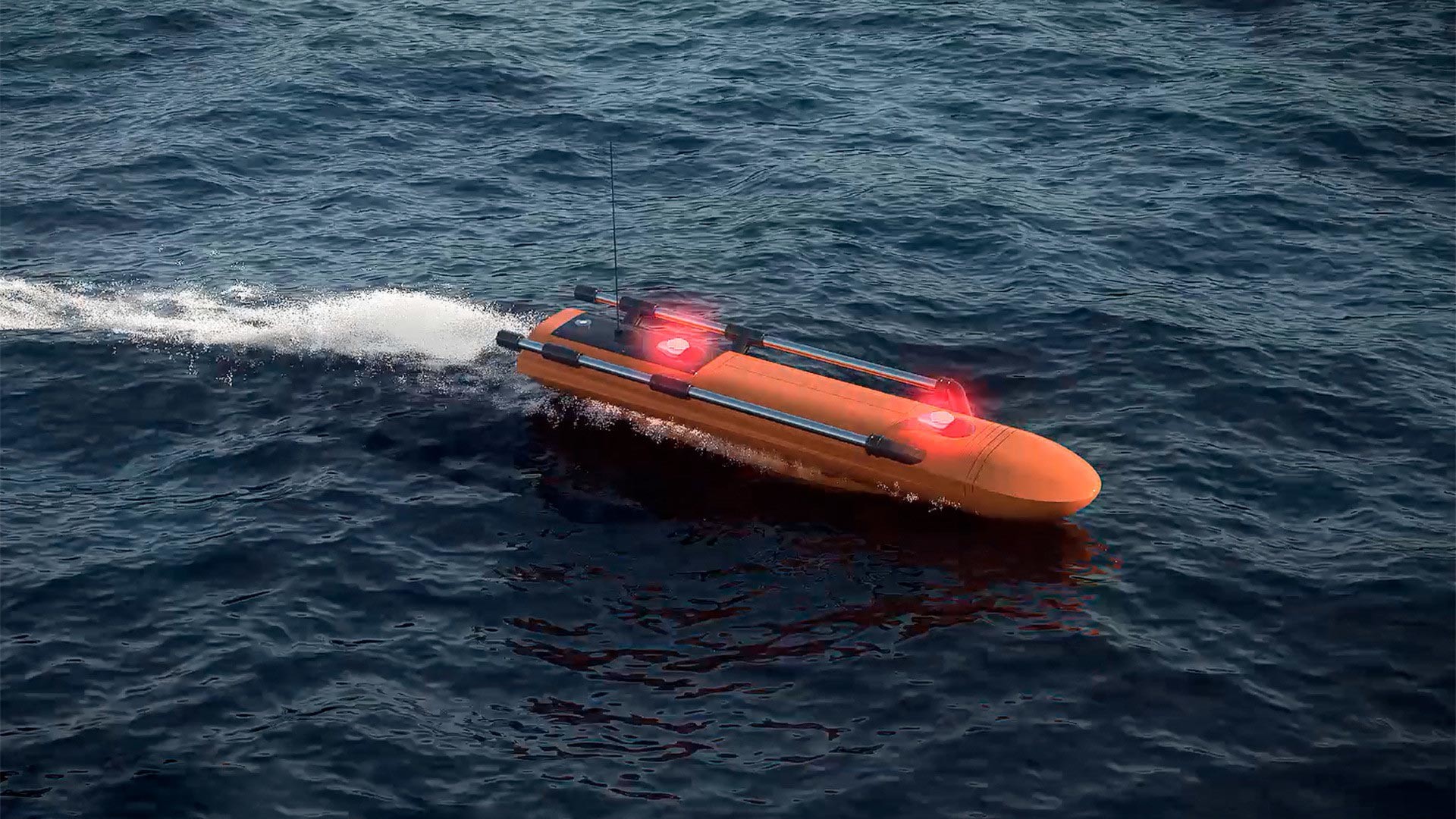 The company also presented a search and rescue drone called ‘Aurora’ with artificial intelligence, which can independently find drowning people during a shipwreck and open into a life raft.

“This is a robot with artificial intelligence and neurotechnology, which searches for people in the sea due to its ‘technical vision’. This is our development and our know-how,” boasts Ivan Antsev, Candidate of Technical Sciences and Executive Director of ‘Radar MMS’.

According to him, the artificial intelligence of the drone is loaded with special neurons and data that identify people among the wreckage of ships in the water.

“Our robot is already used by the Ministry of Emergency Situations,” Antsev adds.

As he notes, he is not aware of foreign analogues that independently (without the participation of the operator) search for people at the crash site and swim up to them.

At the crash site, the ‘Aurora’ is dropped from unmanned helicopters equipped with search locators, optical and electronic stations.

Such a helicopter can take off and land on any unequipped sites both in the city and at sea. At the same time, it is able to detect an object (from a sinking ship to an oil field) in conditions of rain and fog – in other words, in conditions of zero visibility.

Currently, there are two types of helicopters of this type. One of them can take up to 150 kg of cargo and another one is a single rescue drone.

Each of the machines monitors the area around the distance of several kilometers, and “sees” everything in the water from 100 meters altitude.

Currently, the ‘Radar MMS’ helicopter drones, in addition to the Ministry of Emergency Situations, are used by Gazprom and Rosneft for search and rescue operations on oil and gas rigs in the open sea, as well as for the search for new oil and gas fields on the shelf and under water.

If using any of Russia Beyond’s content, partly or in full, always provide an active hyperlink to the original material.