The South African aviation industry is celebrating with Refilwe Ledwaba who has been accredited with a top award. Ledwaba recently bagged the AeroTIme Aviation Achievement Award through the international aviation news entity, Global Executive.

According to a press release seen by Briefly News, Ledwaba’s achievement marks AeroTime’s six-month milestone of its women in aviation campaign. AeroTime has it that the accolade recognises the stunning Mzansi woman’s career-long dedication to achieving equity and diversity in aviation.

Beautiful lady with 1 artificial leg gets scholarship into UK university

The young local woman says she is delighted to secure such a big award and that she hopes to see more women in the industry. She said as quoted by AeroTime:

“I’m very grateful to receive this award and do so not only on my own behalf, but also for the Girls Fly Programme in Africa Foundation. Diversity and inclusion have always been an important issue for me and it’s gratifying to see more and more companies understanding this too.

“I hope the recognition afforded by this AeroTime Aviation Achievement Award will significantly amplify our call for action across the industry.”

At the same time, AeroTime CEO Richard Stephenson OBE presented the award to Refilwe and shared his thoughts. He added: 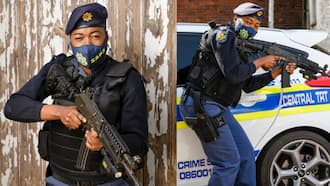 “It was a genuine honour and pleasure to speak to Refilwe and congratulate her on this award. Many of us across the industry are aware of the need to improve representation.

“In Refilwe we have someone who has not only broken barriers herself but is taking tangible action to make change happen. Anyone who can impact 70,000 lives, as Refilwe has with the Girls Fly Programme Africa Foundation, is truly deserving of this award.”

Moreover, it is announced that Ledwaba is noticed for establishing the Girls Fly Programme in Africa Foundation, which has reached over 70, 000 girls across Africa, educating them about aviation and aerospace at a grassroots level.

Apart from her diverse resume, Ledwaba is a qualified helicopter and fixed-wing pilot, flight instructor, professional drone pilot and social entrepreneur. A true trailblazer, she was the first black woman in South Africa to gain an Air Transport Pilot helicopter licence. She also spent a decade flying aeroplanes and helicopter missions for the South African police. 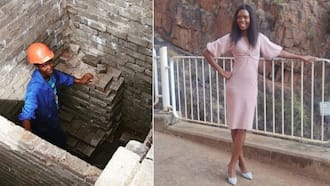 Lady making waves in construction: ‘I also get in the mix to lay bricks’, Mzansi in awe

Looking at a previous report, Briefly News published that Refilwe Ledwaba, the first black woman in South Africa to fly a helicopter, is on a mission to teach young girls to fly.

She is the founder of Girl Fly Programme in Africa Foundation, BBC reports. It’s a non-profit organisation that encourages girls to take up science, technology, engineering and mathematics (STEM) subjects.