Triumph out of tragedy

Tuesday morning, September 11, 2001, defined a generation after terrorists hijacked four commercial airliners and used them as weapons of war. Three crashed into symbols of America—the twin towers in New York City and the Pentagon in Washington, D.C.—and passengers on United Airlines Flight 93 saved countless others when they battled to veer the flight from the target of the hijackers who had seized control from Capt. Jason Dahl and First Officer LeRoy Homer Jr.

Melodie Homer took her husband’s memory and decided to do something amazing with it.Melodie Homer said her husband would be “amazed” at the 25 young people who have already become pilots while keeping the pilot’s memory alive. She explained that flight training can vary widely depending on location, so the scholarships fund the entire expense—from the first day of ground school to the private pilot checkride—no matter the cost.

“We really wanted to look at this young adult population and sort of replicate what LeRoy did by having them follow in his footsteps,” and opening the doors to a variety of potential aviation careers. 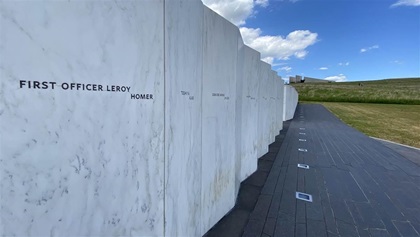 Homer believes her husband’s “big plan was exactly what he did.” A U.S. Air Force Academy graduate, he flew for his country in “the exact plane that he wanted—the [Lockheed] C–131 Starlifter, and then he flew for the number-one airline, United. He really enjoyed what he did. He loved to travel, he loved to take pictures, and he loved taking advantage of being in other countries.” He discovered new places, went to museums, “and always came home with stories.”

She reconciles her personal loss with the solace that “United 93 was the flight that fought back. I often wonder if LeRoy was not on that flight, would it have made it to the U.S. Capitol that day?” Perhaps her husband’s position on the flight deck “was LeRoy’s purpose in life. I don’t like it, I don’t have to like it—but I understand that in his life, he had already taken an oath to protect and serve his country. That day was just an extension of it.”

Nineteen of the 27 recipients will attend an “Honoring the Past, Inspiring the Future” ceremony in Philadelphia August 28 to commemorate the twentieth anniversary of 9/11. Here are some of their stories.

Spirit airlines First Officer Sarah Cooke (2003 recipient) was 18 and fresh out of high school when her life trajectory changed forever. Cooke grew up “in the middle of nowhere Idaho” and didn’t have the financial resources to pursue an aviation career before she was awarded one of the first three LeRoy Homer Jr. Scholarship flight training scholarships.

She earned a private pilot certificate that summer and praised the award as the “single greatest gift that I’ve ever been given. That flight scholarship opened so many doors for me. It truly changed the direction of my life,” Cooke reflected. “I simply could not have afforded it. I grew up incredibly poor.” 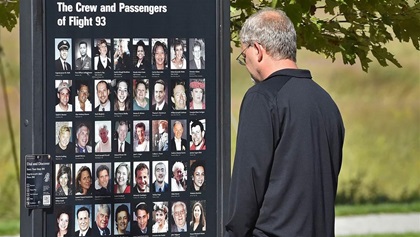 Cooke also won the first-ever Captain Jason Dahl Scholarship, which funded an instrument rating and led to a United Express position. However, she was furloughed a short time later during the Great Recession of 2007 to 2009. “I did everything right, but there I was, 23 years old and unemployed, so I joined the Air Force.” She attended Officer Training School and is a distinguished U.S. Air Force graduate.

She commanded a Boeing RC–135 reconnaissance aircraft “in international waters over countries you probably wouldn’t want to be near.” She considers military service one of her “proudest achievements.”

If Cooke met LeRoy Homer today, she said, “Oh, man, my eyes are going to water. I would tell him, ‘thank you’ for his legacy, and for his contributions to my life. I’m very fortunate. It’s just a really, really wonderful group of people.”

U.S. Navy Lt. Cmdr. Richard Valenta (2003), a Lockheed Martin F–35C Lightning II pilot based at Maryland’s Naval Air Station Patuxent River, was an inaugural scholarship recipient who knew at an early age that he wanted to become a military pilot. However, his parents “didn’t have the most money in the world and even in 2003 it was quite an expense to get a pilot license.”

One day he typed aviation scholarships on his computer “and the Homer Foundation popped up. Applications were due in like five days, and I said, ‘Oh, my gosh, I’ve got to get this done.’”

“It was such a life-changing day” when the 16-year-old was awarded an all-expenses-paid flight scholarship. He spent “every day at the airport that summer studying aviation and flying in a Cessna 152 with a single VOR, a single ADF, and a single radio, with a DG that precessed quite a bit.”

Earning a private pilot certificate at age 17 was “one of the most defining moments of my life,” Valenta said. Aviation classes at Purdue University, a Navy ROTC scholarship, and military flight training followed.

“I cannot stress to Melodie…and to everyone in the foundation how much of a positive impact that scholarship had on my life. I hope I can pay it back and give someone else the opportunity they gave me.”

U.S. Air Force Maj.Courtney Vidt (2006), an instructor pilot and weapons officer, praised the LeRoy Homer Scholarship Foundation for her aviation accomplishments. “The credit really belongs to Mel Homer. She took his memory and decided to do something amazing with it.”

The first recipient to graduate from the U.S. Air Force Academy, Vidt said even her passion for flying gliders mirrored Homer’s.

“It was really an honor to follow in his footsteps in general,” she said. Flying some of the same aircraft “at the same airfields, and walking down the same halls as LeRoy Homer, was a very humbling experience. Knowing that I’m pretty much following the footsteps that he laid out was surreal.” During her freshman year at the Academy, Vidt paid tribute to Homer at the reflecting wall where fallen graduates’ names are carved into stone.

Vishra Patel (2011) discovered aviation through EAA Young Eagles flights and attended ground school lessons as a 16-year-old. However, she was stumped about funding flight training lessons or pursuing a potential aviation career when so few airline pilots were female. “I’d never seen a female pilot, myself, so it kind of seemed to be an impossible dream until I found the LeRoy Homer Foundation.”

Patel was “over the moon” when she was awarded a full-ride flight training scholarship at age 17 and was floored when a mentor “sent me the Air Force wings she earned during her military training.” She said she still “gets chills” talking about it. 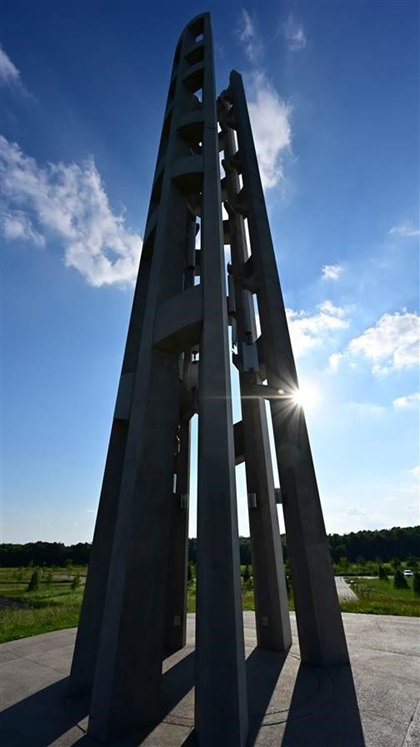 Patel earned a private pilot certificate in 69 days. “The day I got my license was the day I started my college career as well,” she said. She pursued aeronautical science at Embry-Riddle Aeronautical University, “which [is] a fancy way to say, ‘I’m majoring in becoming a pilot.’ It was an amazing experience.”

Patel changed her college trajectory from flying to pursuing aviation business with an eye on emerging airline security positions. A master’s degree in cyber-security engineering led to an information technology internship at United Airlines. The internship eventually led to a full-time career with the airline. Patel said she “absolutely enjoyed combining my passion for aviation and my newfound passion for cyber-security. It’s been a journey for sure, but it’s definitely been rewarding for me.”

Brody Wilson (2015) said the events of 9/11 were a national “tragedy, but we’ve made something awesome out of the circumstances we were dealt with.”

He learned he was selected as a LeRoy Homer Jr. Scholarship winner on the same day he graduated high school and the funds allowed him to kickstart his aviation career. He went at it vigorously, taking flight lessons nearly every day that summer.

He applauds the Homer Foundation for helping young people pursue their aviation visions. “It took away a huge headache. Just having the financial help was instrumental in starting my career.” He said he was overwhelmed with emotions because “people believed in me and helped me achieve my goal.” The relationship developed into something stronger. “The people at the foundation are basically one big family. We keep up with each other and with our careers.”

If he could meet LeRoy Homer today, “I’d thank him for the sacrifice of his life for our country. The work Melodie Homer has done is huge. It has tremendously impacted every single recipient’s life.”

The 23-year-old is based in St. Louis flying as second-in-command in a Beechcraft King Air 200 and performing aerial surveys.

previous
With recent advancements, local governments can benefit from drone technology
next
Drones to Deploy in California County to Detect Illicit Pot Operations